The Stryker Files 3 Behind the Scenes Pics

Hello again Stryker-Nauts! (More like "Stryker-Nuts"! Haha.) [I'm so sorry. That was really offensive to our astronaut fans.]

Here's some behind the scenes pics from our Hallmark Hall of Fame sponsored episode of "The Stryker Files Episode 3: Drugs". It was kind of a grind to shoot and it felt like we were making an episode of Scissor Cop with all the different locations and actors. In the end, though, it was very rewarding to put it all together. And it serves as a nice setup for the exciting Strykerness yet to come! PICTURE-TIME GO!!

Our pals and Channel 101 cohorts Dan McCoy and Matt Koff, from the hilarious 9AM Meeting, helped us out by playing brothers in the episode. Matt played the troubled "James" and nothing says "troubled" more than a tank-top. (By the way, I'm not sure why he's staring at Jeremy with such intense hatred in this first picture. Might just be the usual effect Jer has on people. Just look at Jer's face - it's so deliciously hate-able!) 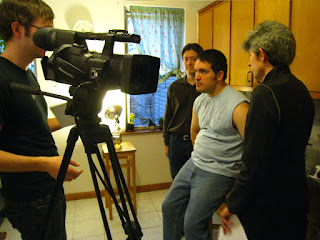 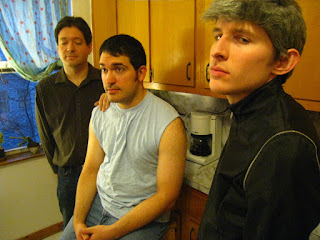 Rick Murphy played "Murphy the Pimp" and was nice enough to let us continue the trend of killing him in our shows (ed. note: See Scissor Cop 5). And his wifey Lyndsay Joy Murpy did some really funny "crazy make-em-ups" with the "yellow pages" lines that we felt obligated to use. We heartily thank her for playing the thankless role of "Hooker #1". 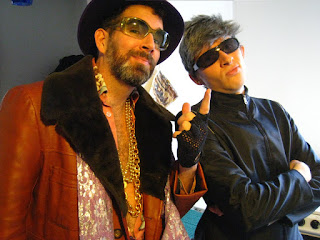 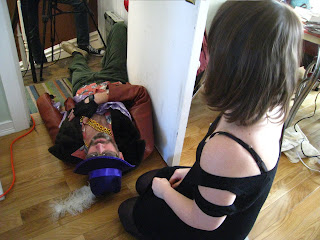 Since we forgot it was January and miserably cold, we did some filming outside. Ben Simington ("Rock" from Scissor Cop 6, "Deli Owner" from Stryker 2) played the Drug Hangout Bouncer. 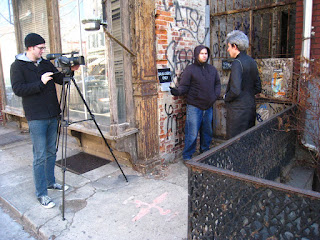 We had to warm Chris up between takes. It's disturbing in how much he's enjoying this in the second picture. 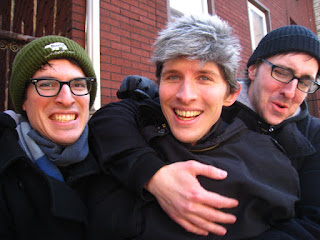 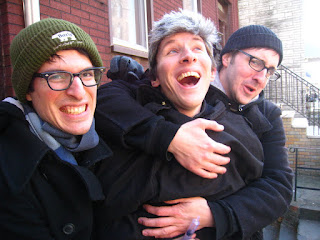 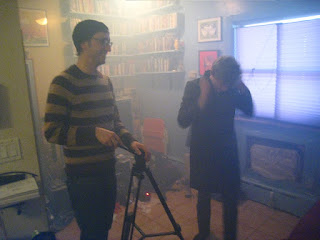 Here I am enjoying a "smokable pita" - an illegal new snack trend currently sweeping our nation's schools. Look for it on Fox News soon! 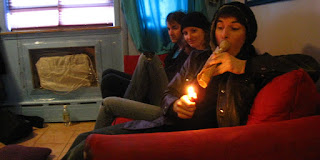 The always hilarious Chris Ford from Waverly Films (as well as the witch-phobic "Bobby Fraidohags" from Sandwich of Terror 4), played the mysterious "Gideon". While he was only briefly seen in ep. #3, he has a much larger role in the next episode. TO BE CONTINUED! 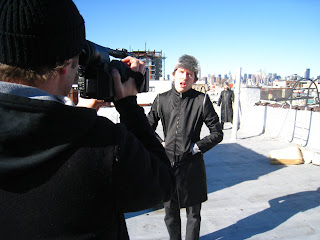 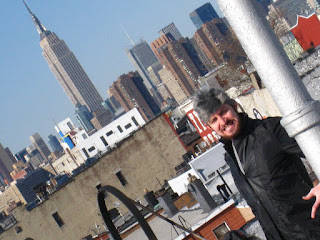